Coppola wines has introduced a series of wines whose labels and names come from several of Coppola’s signature films. Here’s the picture that was included in a promotoinal email I received today from BevMo. 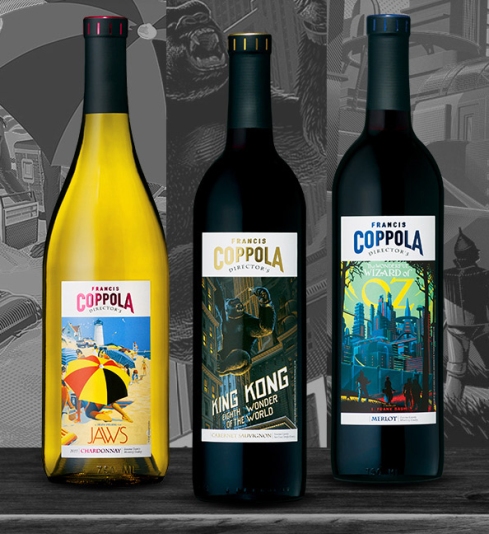 Three of Coppola’s biggest hits, Jaws, King Kong, and Wizard of Oz, are now a Chardonnay, a Cabernet Sauvignon, and a Merlot, with prices that range from $18 to $20. These days, that’s not much more than the price of a movie ticket.

Clearly, the psychology of having ahit in one milieu is now spilling over into a completely different milieu. Given the recent penchant to give wines names like “Arrogant Bastard” and “Bitch,” I guess it’s nos surprise to see another naming convention enter the fray. Thankfully, at least this one is less profane.