A pioneer of Direct-to-Consumer (DTC) has left us but his legacy will live as long as there are people and companies that want to sell to other people and other companies.

I got to know Ron back in 1982. A long-time friend of mine, a fine graphic designer who had helped him create spec sheets and promotions for many of his products, needed a medical procedure that was going to prevent her from helping him out for a while. She turned to me to ask if I would step in and fill in for her until she could resume her usual activities on his behalf. I said I would be happy to do so.

She brought me to his home and office complex off Coldwater Canyon and introduced us. In the few weeks that followed I helped Ron introduce the Rat X pest eliminator, the Whiskee cordless and rechargeable kitchen whisk (“If you cook or bake, you need one!”), and assisted on some other products as well. That man was truly a ball of energy and remarkably creative.

I did the pre-production marker comp packaging for the Rat X that was going to be shown to the distributors and I wrote all the recipes for the Whiskee recipe book, which I designed, along with a full-page ad for Bon Appetít.

It was a brief tenure but I learned a lot about sales and media from him at a time when I was a full-time creative director for a small Hollywood ad agency. I still apply those lessons today and I am forever grateful to the friend who made it possible and to Ron for schooling me.

Adweek, Ad Age, the Wall Street Journal, and others have published obituaries on him and I am taking the liberty here of publishing two URLs of YouTube videos starring Mr. Popeil.

One is a segment from an appearance he made on Conan O’Brien’s show:

The other is a video interview that Adweek included with its coverage:

I hope you enjoy them as much as I did.

MIT Technology Review has just published a book review article by Karen Hao entitled “Review: Why Facebook can never fix itself.” After reading it, my question is: Can Facebook ever be fixed? Period.

I’ve posted here previously about the problems with Facebook, with one especially critical post that cited Zucked: Waking Up to the Facebook Catastrophe by Roger McNamee (2019).

Ms. Hao’s article is a review of the newly published book, An Ugly Truth, by investigative reporters Sheera Frankel and Cecelia Kang. The book apparently reveals more bad things about Facebook and its dynamic duo at the top, Mark Zuckerberg and Sheryl Sandberg. 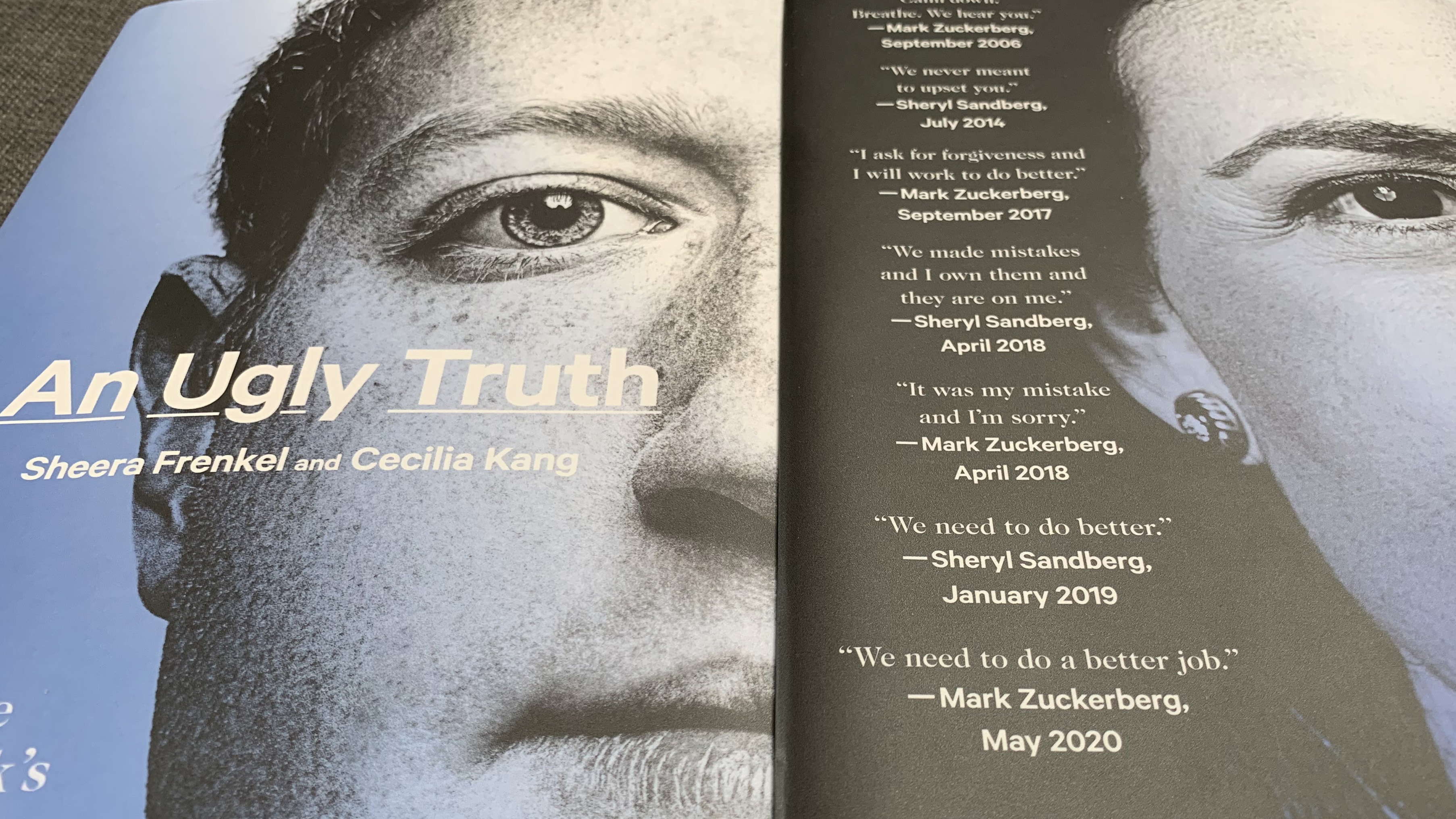 Ultimately, the core problem is still what McNamee identified: Zuckerberg is all about profit over people. Read Ms. Hao’s review; it’s a well-written piece that deserves wide distribution.

Why Gen Z Falls for Misinformation

MIT Technology Review has published an article by Jennifer Neda John, a research assistant at the Stanford Internet Observatory, whose findings point out that the Zs tend to prioritize identity over objectivity when it comes to the content they access on social media. When they are offline, they are much more likely to rely on sources that have established real credibility based on relationships and experience. But when they are online, they relate more strongly to those who post who seem to be a lot like them. In a word, “influencers.”

Offline, when deciding whose claims should be trusted and whose should be ignored or doubted, teenagers are likely to draw on the context that their communities provide. Social connections and individual reputations developed through years of shared experiences inform which family members, friends, and classmates teenagers rely on to form their opinions and receive updates on events. In this setting, a community’s collective knowledge about whom to trust on which topics contributes more to credibility than the identity of the person making a claim, even if that identity is one the young person shares.

Social media, however, promotes credibility based on identity rather than community. And when trust is built on identity, authority shifts to influencers. Thanks to looking and sounding like their followers, influencers become trusted messengers on topics in which they have no expertise.

Here is the link to the article:

Technology as a Tool to Do Great Harm

Today I read an article in Time magazine about how the People’s Republic of China (PRC) and the Chinese Communist Party (CCP) under the thumb of that reincarnation of Adolph Hitler, Xi Jinping, are using high-tech tools to completely obliterate entire cultures of people who reside within the country’s borders. Here’s the link:

It’s nauseating. George Orwell’s 1984 has clearly served as a starter manual for Xi and the CCP. I say “starter” because the PRC, taking advantage of the latest in high-tech innovations, has clearly revised and updated that manual, achieving a level of fascist, totalitarian political and social control that is hard to imagine.

To all the captains of American industry and pro sports teams who continue to dodge the issues involved here, I say it’s time you grew a pair. Get out of China. Now.

China can take its domestic market and lower labor costs and put ’em where the sun don’t shine. Engagement with such a regime is the height of hypocrisy and shareholders need to wake up and smell the rotting carrion. The rest of the world should boycott the country’s goods and services and sever all partnerships.

Shareholders of American companies with entangling relationships with PRC-headquartered firms need to short their shares and find less fetid fields for their investments. It’s past time.

Xi will never admit it, but he needs us a lot more than we need him and his insane, ego-driven destruction of what was once a proud country on its way to integration with the world that surrounds it.

According to a new study, users are more addicted to TikTok than they are to YouTube in the United States. AppAnnie’s latest research

as reported by Digital Music News

shows how usage varies among three countries: the USA, the UK, and South Korea. I personally wonder if the very great difference in Korea might not have something to do with the fact that TikTok is owned by a company (ByteDance) headquartered in the People’s Republic of China, the country that tried its best to impose North Korea and communism over the entire peninsula back in the 1950s.

The report also notes that TikTok collects a LOT of user data and since it’s not bound by U.S. laws, it does not bother to limit what it collects. The fact their collections would violate numerous American state and federal laws about privacy does not seem to concern them. It needs to be said that this only applies to those who create videos and upload to the platform, not to those who use it only for viewing. Viewers do not need to register, so they do not provide any personal information.

You may recall the Trump administration accused the company of being an information conduit to the Chinese Communist Party, which TikTok’s ownership disputes, noting that its servers are in Singapore and the USA. Both Microsoft and Oracle drafted offers to purchase TikTok’s U.S. operations. As of the fall of 2020, Microsoft’s bid was declined and Oracle was still in the hunt, but I see nothing more recent than that.

In the meantime, parents of younger social media users may want to heed the advice given by Karen North, a professor of social media at the University of Southern California, as reported in USA Today

and not let their children download and use TikTok.